The concept of a name is so important.  Your name is your title; it is your label.  A name expresses who you are and who you will become.  (Or at least, it should.  I admit to having a pet peeve about parents who grace their child with the first “nice name” that occurs to them without paying attention to its meaning – but I’ll try to stay on track.)  Names can build you up – or they can tear you down.  They can declare and defend destiny, or they can reduce you to nothing more than a human parasite, existing only to take and offer nothing in return.  (Did I mention I also have a major issue with “name-calling”?) 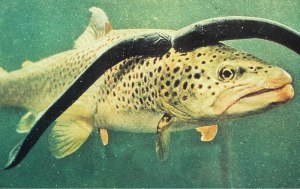 Nobody likes a parasite.

I recently watched a video series about personal identity in Christ.  The pastor was talking about how, when we are made new in Christ, we get a “new name” that trumps every “old name” – every bad thing that was ever spoken to us or over us – and reveals who God created us to be.  In part, I think this pastor was right – we are certainly made new in Christ, and our true identity is revealed only in Him.

But we are not given new names.  Rather, we are given our old names – our first names, the names that only our Heavenly Father knows because they were forged in the depths of His heart and woven into the epic tale of His creation since before time began.  That is our true identity.  God does not give us each a “new” identity when we turn to Him in the sense that it did not exist before.  Instead He calls each one of us by the name that only He knows, that sweet outpouring of His love and life into us.

Sometimes our identities, our true names, become shrouded in the mire of false labels.  But God makes no mistakes; He gives no bad names and no wrong names. Before each one of us was born, our identities were in place, and they do not change.  When God calls you by name, He calls you by the name that He has given you, by who He has already created you to be.

When I think of God calling His children by name, I think of Gideon, whom most of us think of as a mighty man who rescued Israel from its enemies and ruled over the nation as judge.  However, that is the later part of his story; Judges 6 reveals a beginning very different from what we might expect of such a bold warrior.  Gideon, a young Israelite, is hiding in a winepress to thresh his grain because he is so terrified of having what little he has stolen by the enemies who have overrun his nation.  We get this brief glimpse of Gideon, and then the Angel of the Lord comes.  ‘“The Lord is with you, mighty man of valor!”’ says the Angel to Gideon (v. 12).  Wait, what?  I had to read that again.  Mighty man of valor?  Gideon is hiding!  I think I would have said something more like, “What are you doing, letting these enemies oppress you and your people?!  Don’t you know that you are my chosen people and that I am mighty on your behalf?  Quit being a coward and go make a difference!”  But when God looked at Gideon, He didn’t see a coward; He saw the man He created Gideon to be – a mighty man of valor – and called him by that name.  Does it strike you as interesting that Gideon ended up becoming a mighty man of valor?  I am awed by it every time I read it.  When God speaks your name, declaring and defending your destiny in Him, you grow into the person He has created you to be.  It may not be an easy way to go, but God longs for all of His children to live up to the names He has given them.  And remember, God looks at the inward things, not at outward appearances (1 Samuel 16:7).  He is your Father; don’t think He doesn’t know your true name. 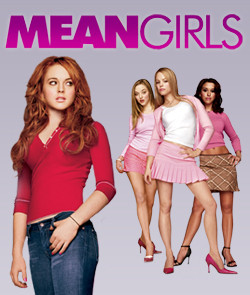 The thing about having this God-given name is that it means we are known and loved.  When I was small I had a friend named Zach.  One day I was at a pool, swimming with some older girls who weren’t very nice to me.  While we were there, these girls began oohing and aahing over some cute boy who had come to the pool.  This cute boy was my friend Zach, and when he spotted me, he ran to me, arms open wide, calling my name.  He picked me up and spun me around.  Those mean girls were angry and jealous, but it didn’t matter because I was safe in the arms of someone who knew and loved me.  They couldn’t hurt me or bother me anymore.  Just like the mean girls at the pool were angry at my knowing and being known by Zach, our enemy, Satan, is angry when God calls us by name.  He is angry because he is terrified of what will happen when we embrace our true identity and walk out the destiny that has been declared over our lives by God, the King of kings.

Other names try to impose themselves upon our identities, snaring us in a trap of deceit.  Some of these names might be “guilty” or “worthless,” “weak” or “impulsive.”  Maybe you have been called by names based on your appearance: “fat,” “skinny,” “too short,” “too tall” – I have never heard anyone call anyone else “just right.”  Maybe “angry” or “bitter” are names you have been known by, or perhaps “immature” or “unloved.”  All these names speak of your faults and failures, the things that are “wrong” with you.  None of them are your true identity, and you are not required to embrace a single one of them.

The beautiful thing is that God calls you, “Mine.”  Because you are His and He knows and loves you, you can ask Him to tell you who He sees you as.  We are each created unique, and He has a name that He is whispering over you that is unique.  As a child of God you have the authority to declare and defend destiny in your own life and the lives of others by speaking truth over identity. 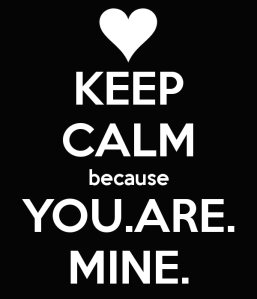